In spite of the ongoing crisis surrounding the Coronavirus outbreak, it was decided that President’s Night should continue as planned, and a merry band assembled at the superb Kingston Country Courtyard for an event rather different to the norm.

Joined by members of our daughter club Wareham, and visitors from Swindon Old Town Rotary, Ashford (Kent) Rotary, Swanage Rotarians partners and guests, Medieval Night saw a wide variety of knights, peasants, “men of the cloth” and other outfits start the evening with a mead cocktail before being called through to the dining hall for the feast by none other than Swanage Town Crier Andrew Fleming.

And what a feast it was. Starting with a locally sourced vegetable soup, ladelled from large pots by waiting staff equally bedecked in medieval costume, the meal progressed to whole chickens and large pork joints carved at the table with a variety of vegetables and rich gravy in large brown jugs. We then progressed to ‘Britain’s Oldest Dessert’ – custard tart with a fresh rhubarb topping.

Entertainment followed the meal, provided by ‘Kevin The Court Jester’, who entertained everyone with medieval dancing, illusion, some magic and feats of bravery such as the bed of nails.

Huge thanks must go to Rotarian Deirdre Selwyn for her selfless dedication to ensuring that the event still went ahead and to Tony Edwards, the chef and all the staff at Kingston Country Courtyard for putting on a magnificent evening.

In these uneasy times, and with no certainty about anything that might be happening over the coming weeks, this was a welcome distraction and was well received by all present. More photos are available on our Facebook, Twitter and Instagram pages.

As advised on our home page, Swanage Rotary will now go into lockdown for the next few weeks. Further details regarding our future activities will be provided via our social media pages so please return to them regularly for updates.

The well-reported problems with the ferry proved no concern for the annual Swanage & Purbeck Rotary Summer Fête, supported by our Business Partners, as crowds flocked to Sandpit Field to see the numerous stalls, entertainment and activities on offer.

From our major charity for this year Julia’s House and other local charities and good causes, to the ‘Boutique in a Bus’, there was a multitude of things to see and do. In the craft tent, there was a wide variety of stalls selling jewellery, clothing, works of art and other crafts. As ever, the refreshment tent, selling sandwiches, ploughman’s lunches, tea, coffee and cakes, proved very popular as did the barbeque which had a steady queue for burgers, sausages, bacon baps and, new this year, Portobello mushrooms.

There was no shortage of entertainment either. Curley the Busker started proceedings with a couple of sets incorporating 50’s, 60’s and 70’s classics, following which Kevin Burke did his magic show to an enthusiastic reception from the gathered crowd. Jurassic Rock and Roll, all musicians local to the area, rocked the field in the early afternoon and Karen G completed the line up with a selection of familiar and classic tunes.

Later in the morning, the Novelty Dog Show was a very competitive affair with winners claiming prizes for titles including prettiest bitch and waggiest tail and in the afternoon, the children’s games took place with several competitions keeping the children active and entertained.

Towards the end of the afternoon, the Grand Draw took place, with more than twenty prizes, nearly all of which were kindly donated by local people and organisations, being handed out to the lucky winners.

The weather just about held for the event and Club President Steve Parsons thanked everyone for coming and supporting the event and the Grand Draw, all the proceeds from which will provide valuable funds for many local good causes. More photographs from the day are available on our Facebook page.

Next year’s event will take place on Thursday 6th August 2020. Make sure it’s in your diary! 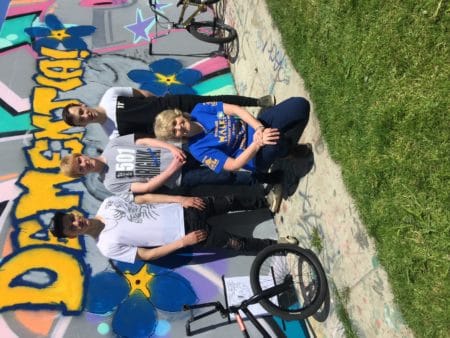 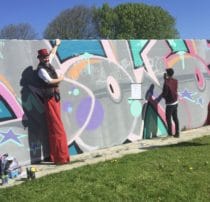