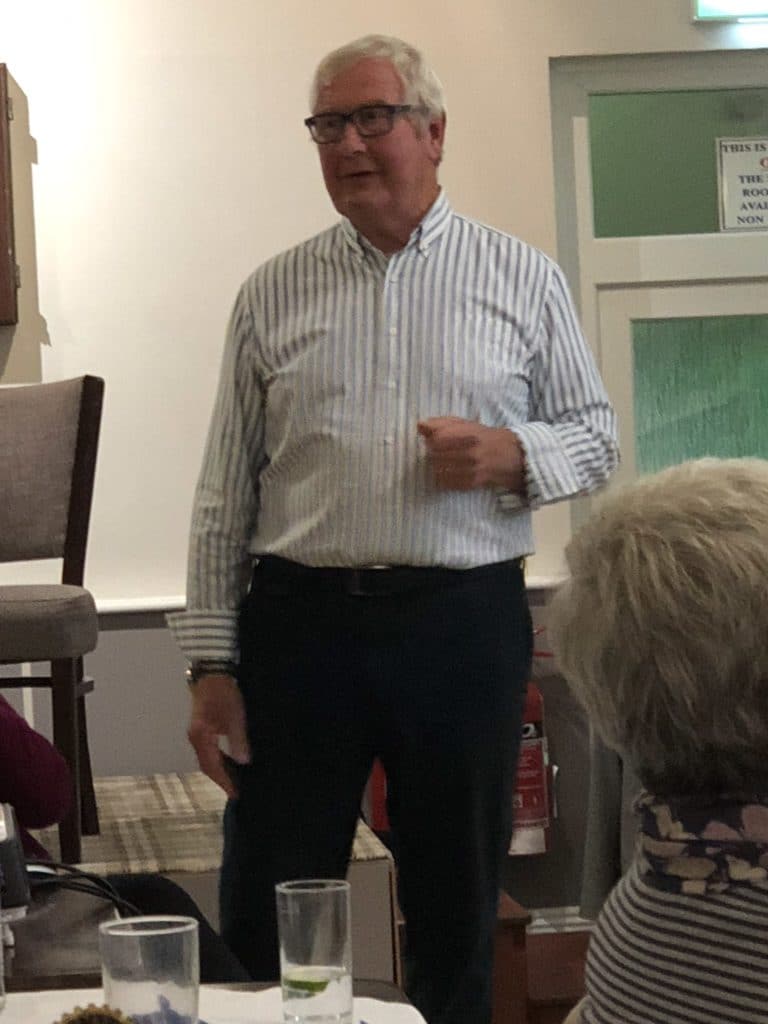 Our very own John Thraves spoke to us this week, reflecting on his working life in Local Government.

After the obligatory photos from when John was very young (!), he decided at quite a young age that he wanted to go into horticulture. After not quite managing to get a place at Kew Gardens, he went to the University of Essex for three years, achieving a masters degree.

He found a job he liked the look of in London, and after a while took his first steps into Local Government at Richmond Upon Thames. But It wasn’t long before he was headhunted by business and joined a company called Surrey Landscapes.

But it wasn’t where his heart truly lay, and over the next few years he returned to the public sector, working for several London Boroughs. Mostly this was in the parks-related departments but also in the related area of recreation, and he was responsible for those authorities winning several awards.

John, by now with a young family, then decided he wanted to move out of London and joined Crawley Borough Council, where he spent more than twenty years both before and after some major restructuring of the Council itself, ultimately becoming the Director of Community Services, responsible for the council’s amenities including parks, recreation and the arts.

John’s presentation was a fascinating insight into the workings of those local authorities that provide us all with the services that we rely on. It also demonstrated the difficulties in arriving at some of the conflicting decisions that have to be taken to try and provide services for the whole community.

A number of questions were asked from the floor. On behalf of the club, Chris Wallis thanked John for entertaining members with his memories of a life in public office.