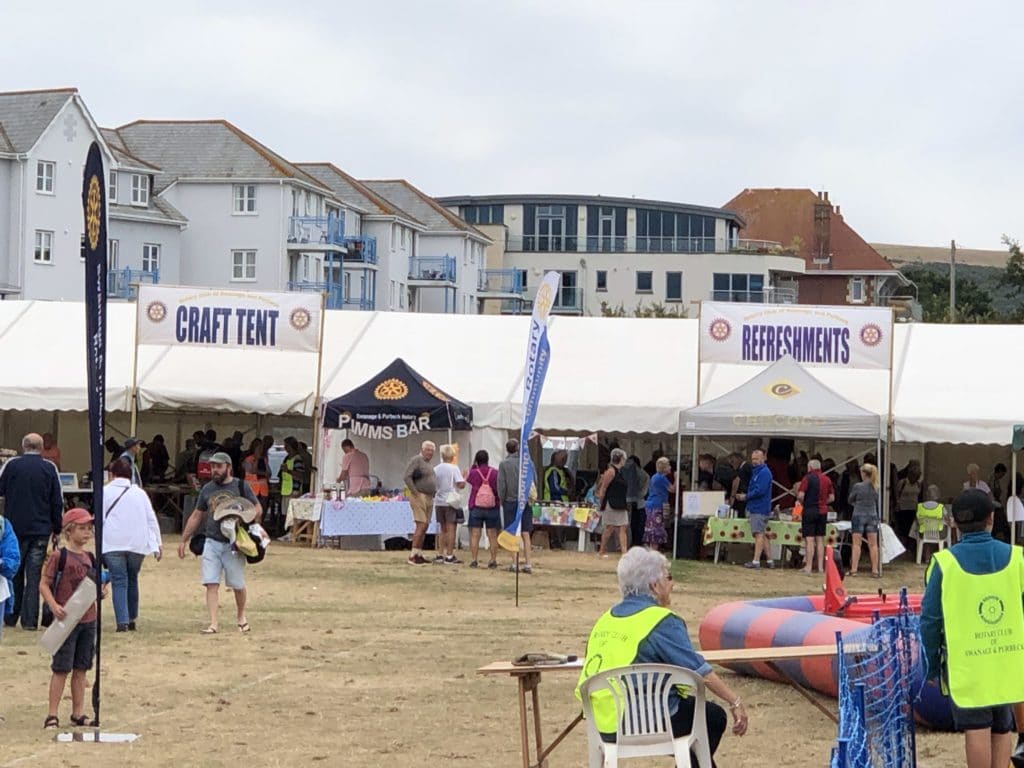 The Annual Summer Fête took place on 9th August and despite an uncertain weather forecast, the showers held off to allow 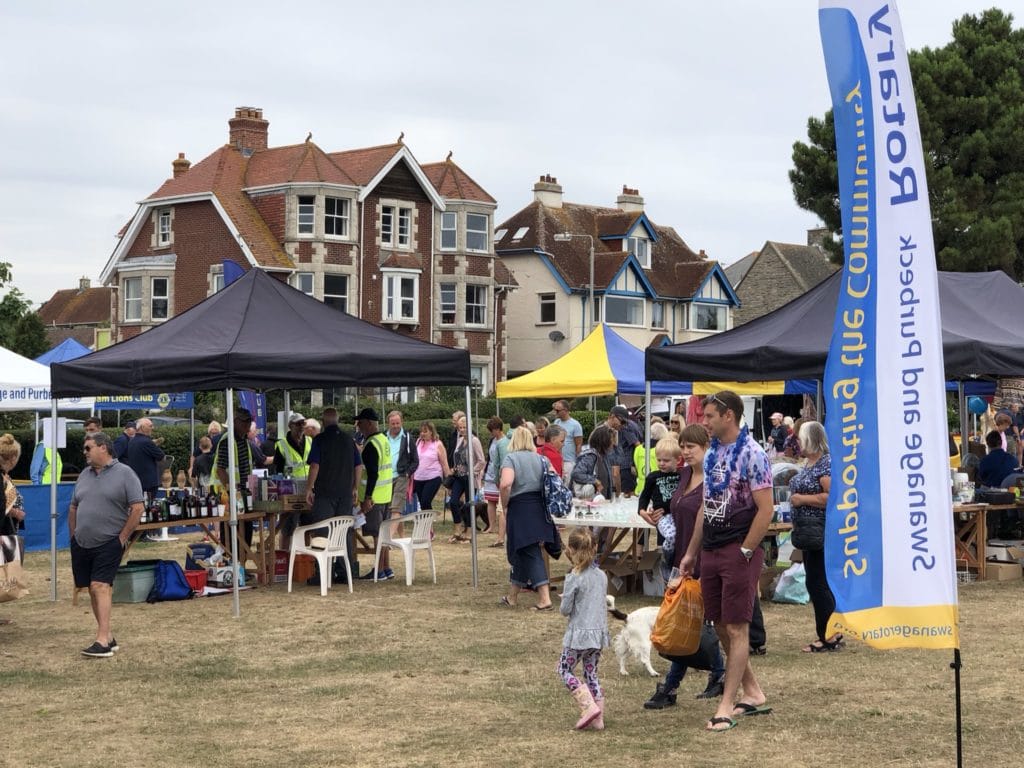 thousands of locals and visitors alike to enjoy everything that was on offer. 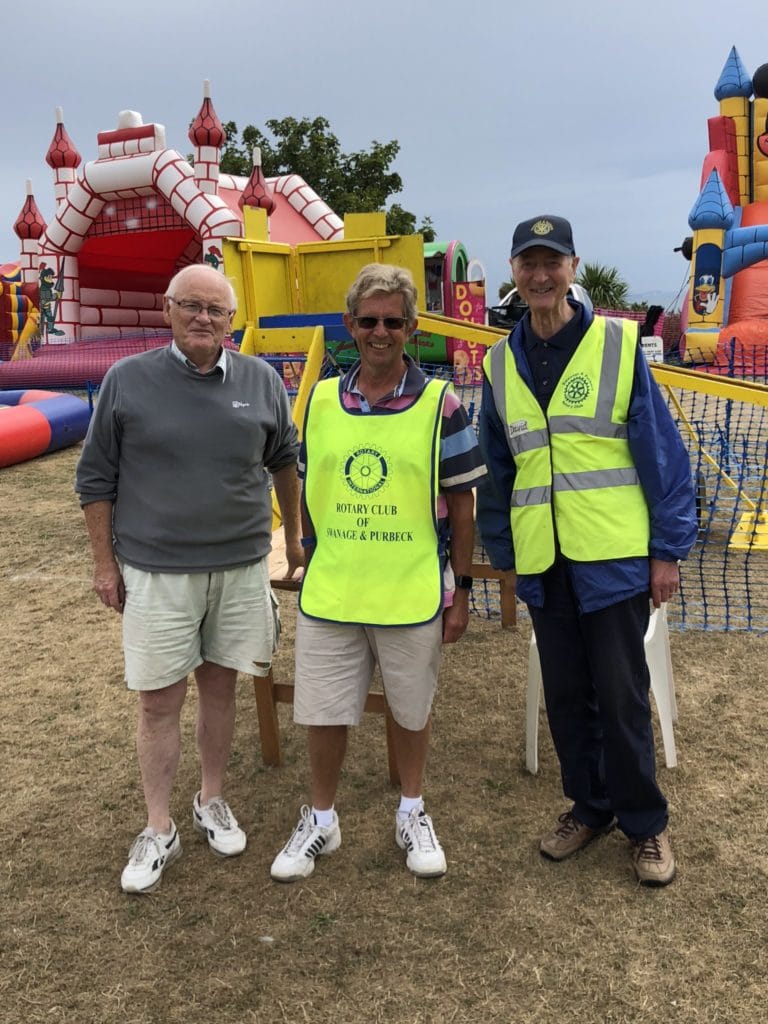 events including the Dog Show and Children’s Races, the day was filled  with things to do. There were plenty of craft stalls in the main tent for people to browse round, the bottle stall was very popular as was the 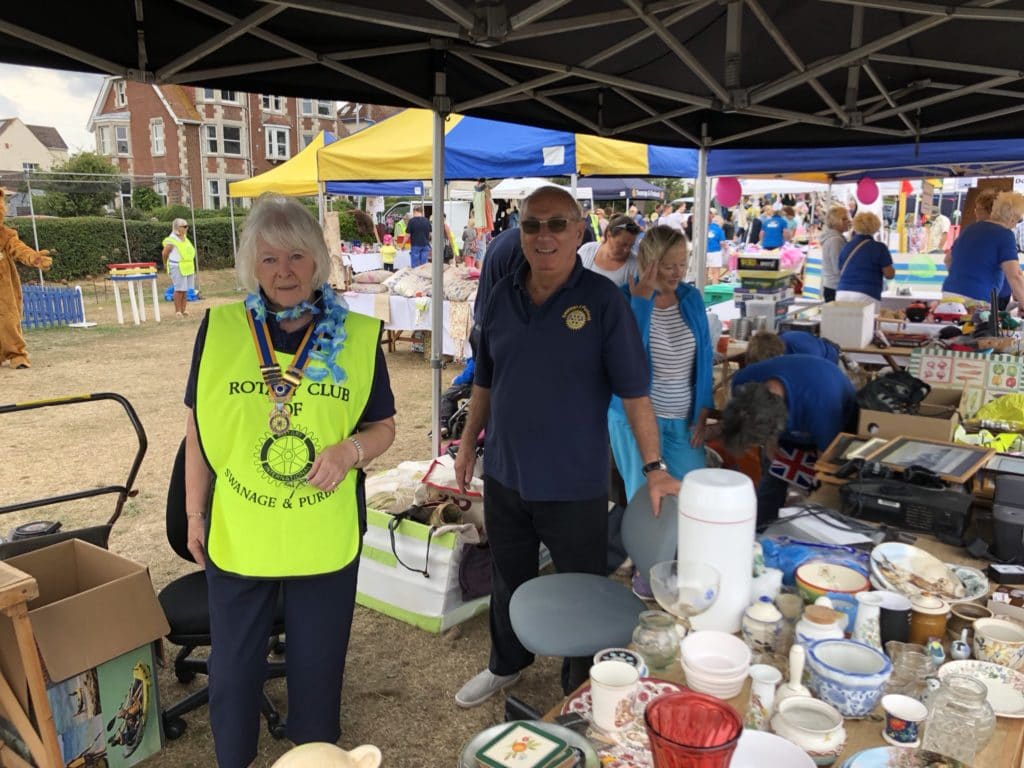 bric-a-brac stall, which had plenty of visitors all day. Wareham Lions giant skittles game attracted plenty of punters and Inner Wheel had plenty to interest visitors on their stall too.

Those interested in a rest and a bite to eat were well catered for, with 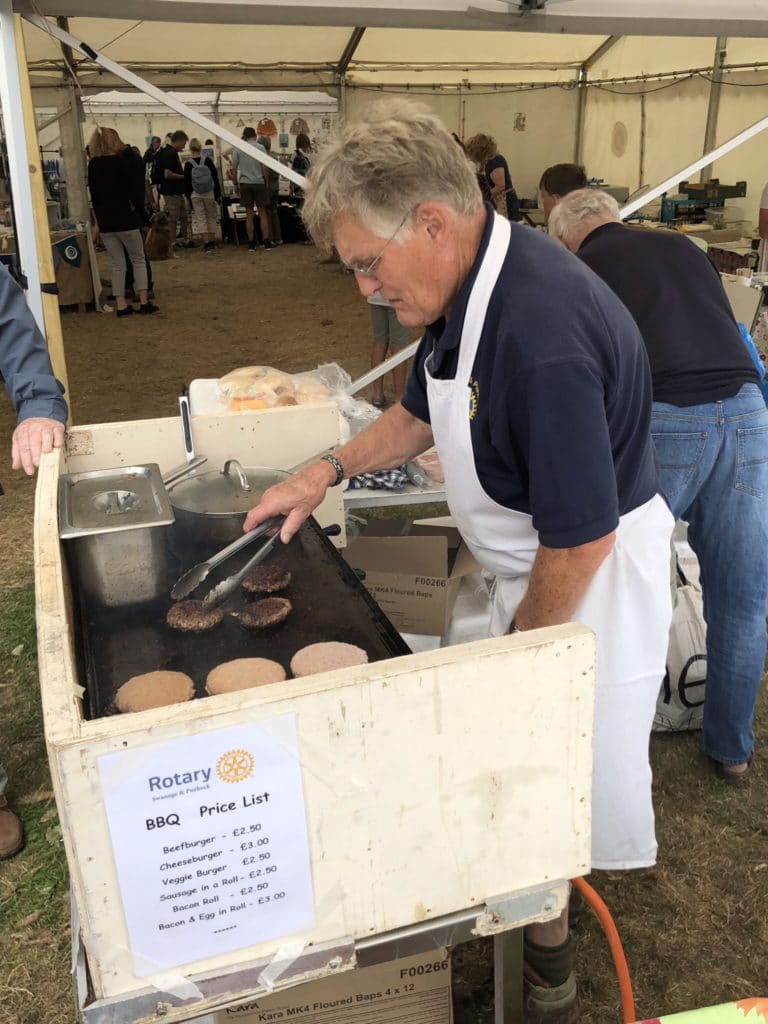 the tea tent doing brisk business and the barbecue providing a variety of burgers, bacon and sausage rolls. And there was plenty of seating in the garden area for people to sit, eat and enjoy entertainment from Karen-G and our resident magician/stilt walker amongst others throughout the day. 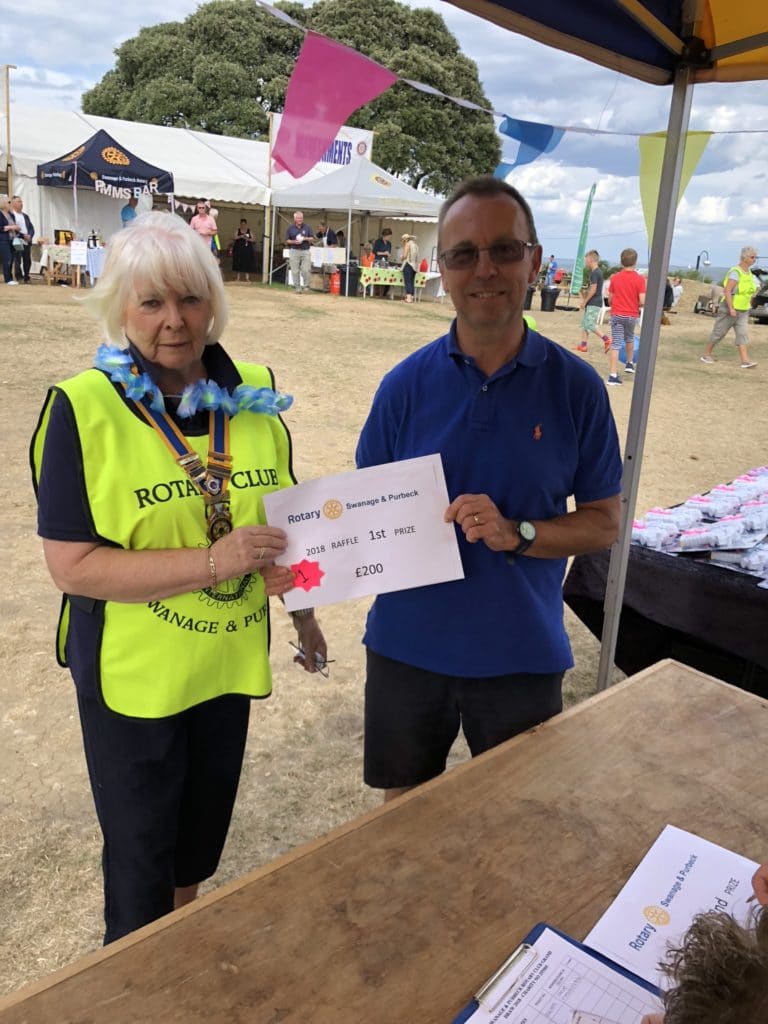 The Grand Charity Draw had been well supported prior to Fête day as well as on the day, and the actual draw was made just after 4pm, with a first prize of £200 and 20 other prizes being handed out.

Swanage & Purbeck Rotary would like to thank everyone who supported the event through enjoying the activities on the day and by purchasing Draw tickets. And we are indebted to all those who helped to make the day such a success, including Rotarians, their partners, families and friends, who put many hours in both before and afterwards. 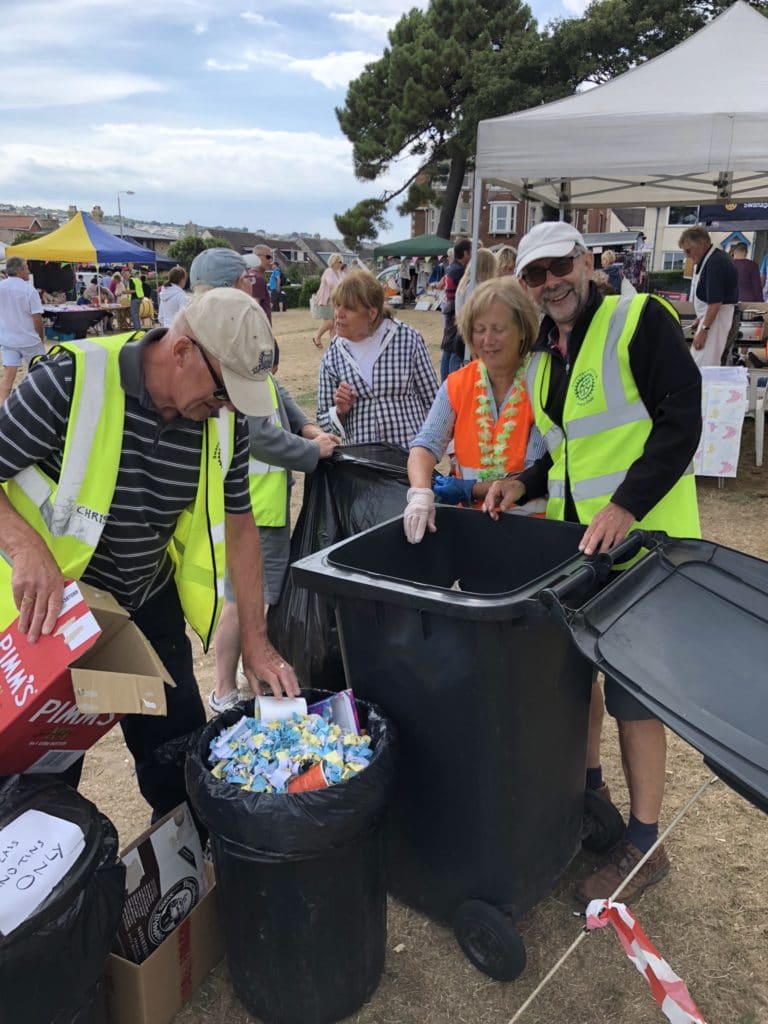 Lastly, but by no means least, we would like to thank our Business Partners for their ongoing support to the club.