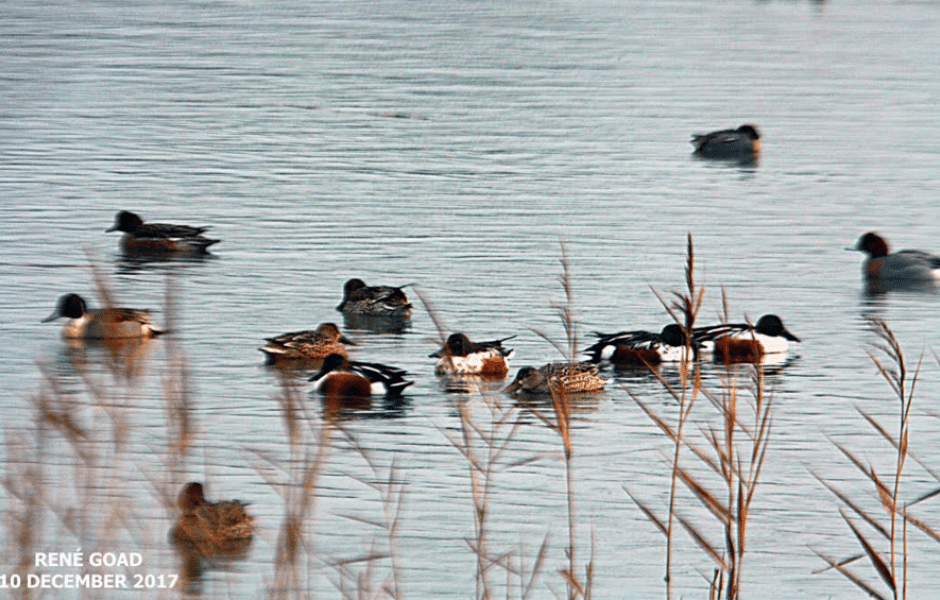 Rotarian Jenny Hynan introduced our speaker this week, Paul Morton, who came to talk to us about his environmental education charity.

His interest in wildlife started with amphibians (all six native species can be found in Dorset). But he soon got bored with looking at just six species so he moved on to birds.

After a few years, he decided to give his interest up and became a sail rigger, travelling all round the world, but the interest in birds never went away and in 2005 he came back to his first love. He applied for a job at Arne as Education Warden and was successful in getting it.

He soon realised that there was no dedicated group looking at the bird life in the Poole Harbour area, while there were other groups in Portland and Christchurch, so after several attempts to get other people involved, and with the help of Mark Constantine (the founder of Lush) in 2012 the ‘Birds of Poole Harbour’ website was born.

Initially, the site was intended to merely showcase the wildlife in the area, but has become so much more thanks to the installation of a webcam and pictures taken from the footage, which now appear on the site. Many examples of the commonly found bird life can be seen as well as some rarities such as egrets and other birds from as far away as North America.

Paul’s enthusiasm was infectious and his talk kept the audience captivated as he explained how the charity has grown and developed over recent years, and continues to do so. The charity has fully engaged with the RSPB and The National Trust, who are referenced on the website.

Fundraising helps to provide access and opportunities for more and more people to enjoy the wildlife that’s on our doorstep, with more areas being opened up all the time.

The most recent development for the charity has been the opening of an engagement centre on Poole Quay, which allows many hundred more people to find out about everything that is going on around the Harbour.

Further details of the work of the charity and some of the important sightings can be found on the charity’s website.

On behalf of the club, Rotarian Chris Lefevre thanked Paul for giving us a very interesting talk this evening.